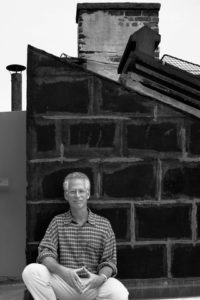 I have been shooting architecture and interiors for thirty-five years. I started my career as a cinematographer, but consistently found myself more attracted to still photography.  After working for designers Ward Bennett and Joseph d’Urso as they developed their High Tech style, I began a transformational apprenticeship with the great architectural photographer Ezra Stoller.  After two years I began working on my own, adopting Ezra’s strong compositional approach while developing an individual style through the use of dramatic camera angles, theatrical lighting, and cinematic techniques.  Since that time I have photographed structures by many of the most influential and groundbreaking architects of the last thirty years, including Robert A.M. Stern, Rem Koolhaas, Charles Gwathmey, Michael Graves, Peter Eisenman, Robert Venturi, Skidmore, Owings and Merrill, and Raphael Vinoly.  I have been a contributing photographer for Architectural Digest and my images frequently appear in other magazines and books.
As a photographer, my mission is to provide an image that’s a sort of “Platonic ideal” of each structure, to show the building as the architect originally envisioned it.  Along with considerations of color and contrast, I aim for a certain complexity of composition, often creating several views within each larger picture.  These mini-frames increase the time it takes the viewer to appreciate the overall design – the essence of a successful photograph.